Farm bill, just another in a roster of disappointments? 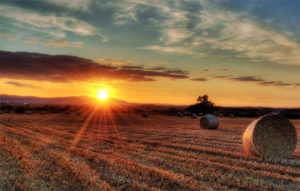 Senate and House negotiators tacitly acknowledged on Wednesday that the 2018 farm bill will be late, due to intractable disagreements. The delay could add the bill to a growing list of agricultural disappointments.

The United States and Japan will open negotiations on a free trade agreement “that can produce early results” on manufactured goods, announced President Trump and Prime Minister Shinzo Abe on Wednesday. Japan, however, said that in the upcoming negotiations it would not lower tariffs on food, agriculture, and fishery imports.

If a new Food and Drug Administration draft guidance is implemented, food recall notices could begin to include the names of retailers that have sold the contaminated foods, the agency said Wednesday.

Hurricane Florence hit North Carolina at harvest time and caused agricultural losses of $1.1 billion, almost all of it in row crops, said the state Agriculture Department on Wednesday.

Amazon advises Whole Foods on unions (Gizmodo): After indications that some Whole Foods employees may begin instigating for a union, Amazon apparently sent the grocery’s managers a video on how to fight worker unionization efforts.

Farmers sue USDA (Organization for Competitive Markets): The U.S. Court of Appeals for the Eighth Circuit heard oral arguments in a lawsuit that farmers brought against the Trump administration, alleging that it broke the law last year when it rolled back the so-called GIPSA rules.

Florence was second-rainiest hurricane (AP): Hurricane Florence dumped more than 17.5 inches of rain over a 14,000-square-mile area of the Carolinas, second only to the 25.6 inches that fell on a similar-sized section of Texas during Hurricane Harvey last year, according to a rainfall meteorologist.

Dairy farmers try GoFundMe (Milwaukee Journal Sentinel): More than 2,500 dairy farmers nationwide, struggling to stay in business, are appealing for help via GoFundMe campaigns. One Wisconsin farmer raised enough to save her farm a week before a foreclosure auction.

Congress won’t challenge Trump on tariffs (Roll Call): As lawmakers rush appropriations bills to a vote, leaders apparently cold-shouldered Sen. Bob Corker’s proposal to give Congress 60 days to decide if the White House can impose tariffs on imported goods in the name of national security.

Iowa’s water woes (Yale Environment 360): With nearly 6 in 10 of Iowa’s rivers and streams too contaminated for swimming or fishing, the general manager of the Des Moines Water Works says Iowa “has become the sacrifice state for industrial agriculture.”

The meaning of ‘meat’ (NFU): In comments to the FDA, the National Farmers Union, the second-largest U.S. farm group, opposed labeling and selling cell-based meat as “meat,” “beef,” “poultry,” or “seafood” because it does not come from animals slaughtered for food.