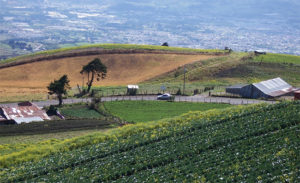 Congress is nearly a quarter of the way through its post-election session with no apparent compromise on SNAP work rules or other disputes in the farm bill. Nonetheless, Senate Majority Leader Mitch McConnell said on Wednesday that the farm bill is one of two items that “absolutely have to be accomplished” by year’s end.

Nearly 30 million Americans in 28 states “have some level of atrazine in their tap water,” says the Environmental Working Group in a report on the second-most widely used weedkiller in the country.

Immigrants drop food stamps (Politico): A study by Boston Medical Center’s Children’s HealthWatch found a steep decline in SNAP participation among immigrant families that are legally eligible for SNAP but have been in the United States for less than five years. The authors suggest that anti-immigrant rhetoric is one cause.

More Brazilian soy possible for China (Reuters): Brazil’s record soy exports to China could grow even larger by expanding beyond soybeans to products such as soymeal, said an official at the Brazilian Agriculture Ministry.

Drier weather a factor in California fires (InsideClimate News): Climate scientist Daniel Swain says there is a trend toward drier autumns in California, which could prolong the fire season by delaying the rainfall that revives vegetation after the region’s arid summers.