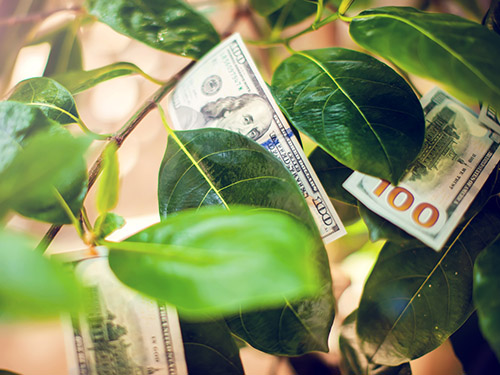 The Economic Research Service, the USDA’s self-described “honest broker of economic information,” is being placed under the control of the agency’s top political appointee, Agriculture Secretary Sonny Perdue. The move, announced on Thursday, would make the ERS part of the office of Perdue’s chief economist.

On Thursday, the U.S Ninth Circuit Court of Appeals gave the federal government 60 days to ban the pesticide chlorpyrifos, which is widely used in agriculture but criticized as a risk to children and farmworkers.

The slump in commodity prices that has accompanied the ongoing tit-for-tat trade war has sapped the farm economy this summer and poses financial risks going into the fall, said Federal Reserve banks in Chicago and Kansas City on Thursday.

Iowa heats up (Des Moines Register): Iowa is an average of 1.3 degrees Fahrenheit warmer than it was 30 years ago, compared to the U.S. average increase of 1.6 degrees, said an AP analysis of U.S. weather data. In the six states ringing Iowa, essentially the western Corn Belt, the increases ranged from 1.29 degrees in Illinois to 1.86 degrees in Minnesota.

Help for thirsty Swiss cows (Reuters): The drought that blankets much of Europe led to an emergency water airlift by military helicopters to 40,000 head of cattle grazing on mountain pastures in western Switzerland.

Immigration arrests (Omaha World-Herald): In what was described as one of the largest raids in the 15-year history of the Homeland Security Investigations agency, 133 workers were arrested in Nebraska, Minnesota, and Nevada on suspicion of being in the country illegally, and 17 people were arrested for allegedly conspiring to exploit them for profit.

Slow job growth in rural areas (Daily Yonder): Four out of 10 rural counties lost jobs during 2017, according to Labor Department data. Across the country, the highest rates of job growth were in cities, while the more rural the county, the slower the job growth rate.