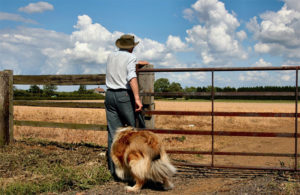 Half of the producers in a Purdue poll say announcement of Trump tariff payments did nothing to allay their concerns about lost income during the trade war with China and other major customers for U.S. ag exports.

As farm bill conference begins, Grassley says he may vote ‘no’ in the end

Iowa Senator Chuck Grassley, the dogged advocate of stricter farm subsidy rules, said on Tuesday that he might vote against the farm bill if his payment limit provision is cut during today’s pro forma meeting of Senate and House farm bill negotiators.

A coalition of organizations that represents farmers, ranchers, fishermen, students, and food system workers launched a new campaign Tuesday that targets the purchasing practices of the country’s top cafeteria operators.

While there are signs that farm income is stabilizing, economists Brent Gloy and Dave Widmar say their foremost concern “is more about the duration than the magnitude” with the fourth year of persistently low income going into the books.

From Europe to China, swine fever is menace (Guardian): China, with the world’s largest hog population, grabbed world attention with discovery of African swine fever in its herds but from Romania to Russia, Europe also is combatting the disease fatal to hogs.

Free-meals-for-all likeliest in poor neighborhoods (USDA): Almost half of eligible school districts participated in a USDA program that provides free meals to all students, with rates highest among districts with the highest number of students from low-income families.

Living la vida cinematográfico (Los Angeles Times): Molly and John Chester left Santa Monica in 2011 to start a 130-acre organic farm; their adaptation to country life is the subject of a documentary, “The Biggest Little Farm,” being screened at film festivals.