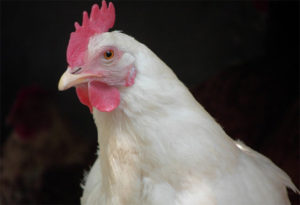 The third-largest U.S. poultry processor lost at least 8 percent of its chickens in North Carolina due to flooding from Hurricane Florence, and expects lower meat production through December as a result. Sanderson Farms was the first meat processor to announce livestock losses: 1.7 million chickens.

Agriculture Secretary Sonny Perdue may jeopardize the objectivity of two USDA agencies by taking control of the Economic Research Service and moving it and the National Institute of Food and Agriculture (NIFA) out of Washington, said the National Farmers Union on Tuesday.

As a consequence of the Sino-U.S. trade war, Brazil is likely to ship nearly 60 million tonnes of soybeans to China this calendar year, a 9-percent increase from 2017, say USDA analysts.

McDonald’s employees walk out (Jezebel): Women employees of McDonald’s in nine cities across the country participated in a walk-out to protest the company’s treatment of sexual harassment claims at its restaurants.

America has a farmland problem (New Food Economy): Lots of farmers are reaching retirement age but farmland costs so much that new farmers cannot afford it.

Erosion affects three-quarters of Cuban farmland (UN Environment Program): Cuba imports most of its food partly because most of its arable land suffers from soil erosion.

Drought pinches Missouri farmers (St. Louis Public Radio): Drought covers more than half of Missouri, cutting hay yields by a third to half and forcing some farmers to harvest corn for silage because grain yields would be poor.

Is there a market for CBD-infused drinks? (Reuters): Coca-Cola and Canada’s Aurora Cannabis Inc. said separately that they are interested in cannabidiol-infused beverages, but did not go into details.

Proposal would end quarantine rule for tree pest (USDA): The Animal and Plant Health Inspection Service proposed the elimination of quarantine regulations for the emerald ash borer, saying it would allow more attention to control the invasive insect.

CRS opens its reports to the public (Roll Call): The Congressional Research Service unveiled a website to make more of its reports public, as required by law, and immediately faced criticism that too few reports are available.