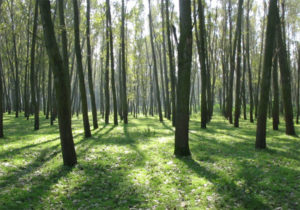 Forest Service chief Vicki Christiansen, who took office on Thursday after six months as interim chief, said the USDA agency would spend $2.6 billion on fire suppression “for this historic fire season,” roughly the same as in 2017.

A month after Hurricane Florence swamped southern North Carolina with up to 40 inches of rain, state officials offered on Thursday to buy out hog farms that have a high risk of flooding in severe storms.

As Hurricane Michael made landfall Wednesday, farmers in the Southeast were still recovering from the devastation caused by Hurricane Florence just weeks ago.

Judge may overturn glyphosate award (CNN): A Superior Court judge in San Francisco may set aside a jury’s $250-million award of punitive damages to a terminally ill groundskeeper and force a new trial in the landmark lawsuit against Monsanto.

USDA says no cotton quota (USDA): Because Congress has not enacted the 2018 farm bill, the USDA was required under the “permanent” 1949 farm law to announce, after considering cotton supplies, that it will not issue planting allotments or marketing quotas to cotton growers for 2019.

Smaller crops, bigger stockpiles (USDA): Although U.S. soybean and corn crops will be marginally smaller than forecast, they will still be the largest soy and second-largest corn harvest ever, which will mean bigger stockpiles during a trade war.

Three plead guilty to organic-grain fraud (AP): Three Nebraska farmers pleaded guilty to a multiyear scheme of selling non-organic grain to an Iowa company but fraudulently saying it was organic.