Diet for a healthy planet: Half the red meat and sugar, more grains, nuts, produce 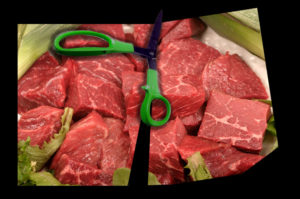 A three-year collaboration by three dozen experts in nutrition, agriculture, economics, and the environment says it has solved one of the world’s great challenges: how to feed an expected 10 billion people at mid-century without imperiling future food production. The answer is the “planetary health diet.”

About half of the USDA’s local offices will be open for three days, beginning Thursday, to deal with existing farm loans and provide tax documents to farmers and ranchers. USDA employees will not consider applications for new loans, the new dairy support program, disaster relief, or Trump tariff payments.

‘Pockets of difficulty’ in farm country (Ag Insider): With farm income in a rut, farmers’ financial health is “a very mixed picture,” says Todd Van Hoose, president of the Farm Credit Council. “We are seeing pockets of difficulty.” Two farm credit leaders based in the Midwest said commodity prices are below the break-even point for many producers.

You can’t call it meat (DTN/Progressive Farmer): Delegates at the American Farm Bureau Federation meeting went on record as opposing the use of words such as “beef,” “chicken,” “roast,” and “steak” on the labels or in advertising for plant-based or cell-cultured meat.

E15 rule by summer if shutdown doesn’t interfere (Agri-Pulse): EPA nominee Andrew Wheeler says the agency will issue a rule for the year-round sale of E15 before the summer driving season if the partial government shutdown ends in “reasonable” time.

China looks to automate agriculture (Reuters): The government of the world’s second-largest economy is pushing for fully automated machinery to till and harvest such staple crops as rice, wheat, and corn in an attempt to mitigate the impact of an aging farm population and the reluctance of young people to work the land.

Another shutdown victim: Craft beer (AP): Caught in the partial government shutdown is the agency that approves labels for beer bottles and cans, which means that craft brewers cannot get federal permits for seasonal beers or the go-ahead to ship them across state lines.

Farmland prices stable despite uncertainties (Farmers National Company): Agricultural land prices have held up well during the five-year decline in commodity prices, though there are exceptions. Some dairy farmers, for example, are selling out, and growers in regions with lower yields are putting land on the market to reduce financial stress.