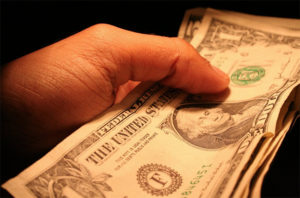 Nationwide, women are having fewer children and waiting longer to have them than a decade ago. But one pattern is unchanged: rural women, on average, are younger when they give birth and have more children than women living in metropolitan areas, says the CDC.

The 11,000-year-old Four Corners potato (Salt Lake Tribune): No bigger than a penny, the Four Corners potato has survived in southern Utah for nearly 11,000 years, and was a food source for American Indians in the Escalante and Bears Ears regions and fed white settlers centuries later.

DowDuPont says ag division is worth less (Bloomberg): Weaker markets for seeds and pesticides have reduced the value of DowDuPont’s agriculture arm by $4.6 billion, the company said as it prepares to spin off the unit.

Nearly a quarter-million H-2A positions (AFBF): The Labor Department certified 242,762 positions for H-2A workers in the fiscal year that ended on Sept. 30, one-fifth more than were certified in fiscal 2017 and double the total for 2014.

The 100-year war against pink bollworm (USDA): After a century of work that included rigorous control and regulatory actions, the U.S. is free of the pink bollworm, a cotton pest that caused tens of millions of dollars in yield losses.

Fertilizer, cadmium, Russia and the EU (New York Times): The EU could move forward as early as this week with regulations to limit the amount of cadmium, a toxic metal, in phosphate fertilizer at a moment of intrigue in the industry; the dominant Russian company, PhosAgro, happens to mine low-cadmium phosphate and would prosper at the expense of competitors.

Tuesday
– FDA and USDA host two-day public hearing on regulation and labeling of cell-based meat, through Wednesday, 8:30 a.m. ET, USDA South Building. The first day will focus on hazards in production of cell-based meat and oversight considerations for federal regulators; the second day will discuss labeling.