North Dakota Senator Heidi Heitkamp, a farm bill negotiator, is a White House target for defeat in the mid-term elections. But President Trump will generally steer clear of the Midwest and races involving other members of the Senate Agriculture Committee during his upcoming campaign stops. 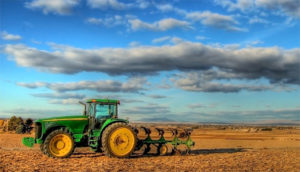 The Senate has a busy schedule for next month but Senate Majority Leader Mitch McConnell said on Tuesday there will be time to pass a final version of the 2018 farm bill. Farm bill negotiators are expected to meet on September 5, according to Capitol Hill sources, although the official line is, “We haven’t announced a date yet.”

A new analysis of USDA data by the Daily Yonder found that the districts of the 47 members of the House of Representatives who are serving on the farm bill conference committee receive over $9 billion in food and farm aid through nutrition programs and farm payments.

Another missed opportunity to curb subsidies (Politico): A coalition of fiscal conservatives and liberal environmentalists wanted to curb farm subsidies in this year’s farm bill—but politicking about SNAP and other provisions derailed their efforts.

Can Denham say ‘farmer’? (HuffPost): A political action committee devoted to helping Democrats win in Republican-held House districts argues that Rep. Jeff Denham, a House Agriculture Committee member, cannot describe himself as a “farmer” on the November election ballot because, the group says, he isn’t an active farmer.

A smaller plate is not a diet (CSPI): Forget the advice about using a smaller plate to eat less, says Penn State professor Barbara Rolls; in her tests, people piled more food on the plate or got another helping.

Turning wastewater into wine (San Diego Tribune): A group of Israeli and Mexican investors wants to pump highly treated wastewater from Tijuana to the wine-growing Guadalupe Valley in Baja California 65 miles away.

Herbicide drift hits Texas vineyards (NPR): “Livelihoods are at stake” in Texas, where herbicide drift has damaged vineyards; the onset of damage coincides with the shift to new formulations of the weedkillers dicamba and 2,4-D.

New ways to perk up school meals (SNA): A survey by the School Nutrition Association found that school districts are trying innovative ways to get students to eat healthy food. They include taste tests and salad bars, and a proven tactic—scheduling recess just before lunch.

Animal crackers uncaged (USA Today): In a redesign of the package of the classic snack, animal crackers, the animals roam freely after decades of appearing in cages. The change came at the urging of PETA.