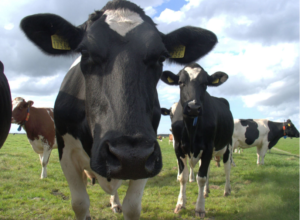 The USDA spent a decade writing livestock welfare rules for organic farms before, in a regulatory U-turn, it decided last December that it lacked the power to implement those rules. The decision sparked a lawsuit by the organic community. Now a federal judge in San Francisco has rejected the government’s attempt to quash the suit.

In a study on food waste in the United States, the World Wildlife Fund found that on a specific set of farms in four states, 40 percent of tomatoes, 39 percent of peaches, 56 percent of romaine lettuce, and 2 percent of processing potatoes were left in the field rather than harvested.

Will soybean growers get the lion’s share of Trump tariff payments?

Soybeans are the largest U.S. farm export to China, and growers of the oilseed may be in line for huge federal payments, worth an average of $85 an acre, to offset the impact of retaliatory Chinese tariffs. Corn growers, meanwhile, might not get enough per acre to buy a cup of coffee at many restaurants.

A new report from the Cornucopia Institute updates the group’s earlier research on the continuing industrialization of the organic dairy industry. The report includes a consumer scorecard that ranks commercially available dairy products on such metrics as whether the cows have access to pasture, what they’re fed, and whether they’re raised on industrial farms.

Almost as soon as Congress reconvenes after the Labor Day weekend, the nearly six dozen farm bill negotiators will hold their first public meeting, announced the leaders of the Senate and House Agriculture committees.

Drought takes a toll in Europe (Reuters): Ongoing drought in Denmark could lead to worse economic outcomes for Danish farmers than previously expected, as a record-hot summer continues.

What will the world eat in 10 years? (Bloomberg): The United Nations predicts that global demand for grain and dairy will continue to grow over the next decade. While demand for meat will also grow, it will do so more slowly than in the past decade.

Farmland rental rates keep rising (AFBF): Cash rental rates for U.S. farmland are up by an average of $2 an acre this year. Rates have risen in 16 of 18 years since 2000.

China battles swine fever (South China Morning Post): More than 20,000 hogs have been slaughtered as Chinese authorities combat the outbreak of African swine fever in the world’s largest hog-producing country. Hog prices have fallen as well as farmers struggle with an oversupply of pork.

Ohio panel to meet on Lake Erie pollution (Toledo Blade): Legislators sidetracked Gov. John Kasich’s proposal to declare part of Lake Erie’s watershed “distressed,” and appointed a panel, due to meet Aug. 28, to discuss how to slow the flow of pollutants, such as farm runoff, that cause summertime algal blooms in the lake.

Nutritional outlook: Stunting, anemia, obesity (Devex): The residents of 41 countries, compared with 29 last year, face a nutritional triple challenge — stunting, anemia, and obesity — says a preview of the UN FAO’s Global Nutrition Report. “It will be a reversal of all the gains we have made,” said an FAO official.

The county agent goes to town (AP): The federal-state-local Cooperative Extension Service, personified by the “county agent,” was known for years for connecting university researchers with farmers. Now, as America urbanizes, the agents are increasingly dealing with matters of nutrition, education, and gardening with suburban and city residents.

Pursuing pollinators (New York Times): With honeybee populations under stress, agricultural growers are looking for alternative pollinators in the bee world. The blue orchard bee, the bumblebee, and the alfalfa leafcutter bee are effective on some crops in some settings.

Potts to lead meat lobby (NAMI): Julie Anna Potts, who since 2011 has been executive vice president of the American Farm Bureau Federation, the largest U.S. farm group, will become chief executive of the North American Meat Institute, the major trade group for meat packers and processors.