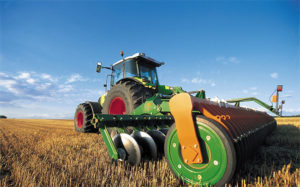 By a tiny margin, Rep. Jeff Denham, a fourth-term Republican from the Central Valley of California, may be the most endangered member of the House Agriculture Committee, although two other Republican panelists are also in toss-up races.

Ruth Reichl, an influential author, critic and editor for four decades, talks about women in the restaurant industry and the #MeToo movement ahead of a panel discussion on the topic next week in Brooklyn, where she will appear.

EPA asks for a re-hearing of ban on pesticide chlorpyrifos

Facing an October deadline to ban the use of the pesticide chlorpyrifos, the EPA asked a federal appeals court on Monday for a rehearing of the case that resulted in the ban.

Rancher gives vet school his ranch (CBC): A Canadian ranching family gave its land and herd worth $44 million to the University of Calgary veterinary school to get students out of the classroom and on the land.

Trade war to cost Iowa billions (Des Moines Register): Iowa farmers could lose up to $2.2 billion from a trade war, with a ripple effect through the state economy, according to an Iowa State University report.

The ‘wheaties’ face climate change (Civil Eats): Custom harvesters known as “wheaties” have followed, and reaped, the maturing crop across the Plains for decades but face a welter of challenges that spring from climate change, such as less-predictable growing seasons and a shift to other crops.