Dinner at school is a growing option for U.S. students 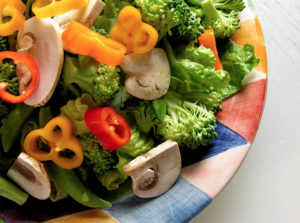 Compared to the long-established school lunch program, after-school programs that provide snacks or supper to pupils are tiny. In fact, just 1.2 million suppers, versus 30 million lunches, are served in school each day.

Gov. Roy Cooper earmarked $235 million for agriculture out of a proposed $1.5 billion in state spending for recovery from Hurricane Florence “and future storm resiliency” on Wednesday.

In a speech on the future of agriculture, a former USDA official forecast a fundamental shift in the demographic makeup of the food and ag sector.

After six months as the agency’s interim leader, Vicki Christiansen will take the oath of office today as chief of the U.S. Forest Service, one of the USDA’s largest agencies.

Roundup case continues (Business Insider): Monsanto’s lawyers argued in court Wednesday that a judge should throw out a jury’s $289-million award to a California groundskeeper who claimed his lymphoma was caused by long-term exposure to Roundup.

Gates backs carbon fee in Washington State (Seattle Times): Microsoft founder Bill Gates announced support for Initiative 1631, which would set an escalating fee on greenhouse gas emissions, and said he would donate to the campaign for passage of the statewide referendum on Nov. 6.

New hurdle for Canadian growers (iPolitics): Fruit and vegetable growers fear potential labor shortages from new Canadian government rules that will require foreign nationals, including seasonal farmworkers, to submit biometric material such as fingerprints when they apply for a visa.

Algae outbreaks up (EWG): A record 239 outbreaks of potentially toxic algae have been reported so far this year in U.S. lakes, rivers, and other waterways, up 40 percent from 2017, according to news reports.

China may shave protein content in feed (AgriCensus): The Chinese feed regulator will decide next week whether to reduce the minimum protein content in hog and poultry feed by 3 percentage points, which could cut the nation’s soybean use by 10 million tonnes this marketing year.