To get around the shutdown, SNAP benefits will be paid nearly two weeks early 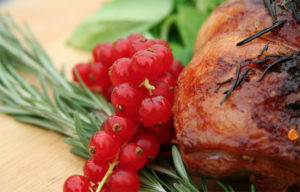 The Trump administration will release an estimated $4.8 billion to SNAP recipients on January 20, nearly two weeks early, to ensure they get their February food stamps despite the partial government shutdown, announced Agriculture Secretary Sonny Perdue on Tuesday.

From food pantries to breweries to fisheries, the government shutdown hits

As the government shutdown enters its third week, the consequences for food producers and eaters are wide-ranging. From food pantries to breweries to farms, the furloughing of 800,000 federal staffers means expected government payments and other essential services are being delayed indefinitely.

Producers are given more time to enroll for Trump tariff payments

With farmers locked out of USDA offices because of the partial government shutdown, Agriculture Secretary Sonny Perdue announced on Tuesday that he was extending the January 15 deadline to sign up for $9.6 billion in Trump tariff payments.

Drones are worth it, say farm users, but few growers plan to buy one

One-third of the farmers and ranchers in a Purdue survey say a drone was used on their farm in the past year and a sizable majority of them, 56 percent, say the aerial robot added value to their operations.

Chesapeake Bay health set back by heavy rains (WAMU): The Chesapeake Bay Foundation found that the bay was “dangerously out of balance” in 2018, due in large part to runoff from farms and city streets that was exacerbated by a year of heavy rains.

Wider antibiotic use in citrus (Florida Phoenix): The Trump administration will allow the spraying of certain human-grade antibiotics on a half-million acres of citrus in Florida, a response to an epidemic of citrus greening that is affecting the industry.

Bangor schools stick to healthier food (Bangor Daily News): Public schools in Bangor, the third-largest city in Maine, “will stick to more demanding nutrition standards for school lunches even as the federal government officially relaxes them” in February.