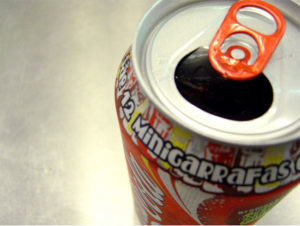 The three largest soft drink companies in America have donated more than 98 cents of every $1 given to a campaign in Washington State to ban local governments from imposing new taxes on groceries, including soda and other sugary beverages.

Agriculture Secretary Sonny Perdue faces 12 pointed questions from Senate Agriculture Committee leaders, including what legal authority allows him to move a research agency with 330 workers into his executive office.

The two major food-safety regulators in the federal government will hear from the public on Oct. 23 and 24 on how to handle cell-based meat, a technological innovation that is nearing the marketplace.

USDA aid is paltry for dairy farmers (NMPF): The Trump tariff payments for dairy amount to 1 cent per gallon, or $127 million, which “amounts to one-tenth of the lost revenue caused by the downturn in markets,” said chief executive Jim Mulhern in a National Milk Producers Federation essay.

Panelists sought for 2020 Dietary Guidelines (Food Politics): USDA is off to a late start in seeking nominees for the panel of experts that will help write the new edition of the Dietary Guidelines. It said “this administration intends to take a more active role in setting the agenda and in committee discussions.”

Traces of glyphosate in Canadian food (CTV News): A study commissioned by Environmental Defence Canada found traces of the weedkiller glyphosate in children’s foods and snacks, including hummus, packaged mac and cheese mix, and crackers, although below the safety levels set by Health Canada.

Go ahead, grow your own food (Berkeleyside): A set of zoning and rule changes are now in effect in Berkeley, California, to encourage small-scale and larger-scale urban farming throughout the city.

Cost containment is vital (ISU Extension): Commodity prices are expected to rise in the spring, so farmers should exercise patience in selling their crops and keep an eye on the cost of storing grain for sale later, says Iowa State professor Chad Hart.