House Agriculture chairman Michael Conaway would move hundreds of millions of dollars in crop subsidies to cotton growers to the disadvantage of northern farmers, said Sen. Debbie Stabenow, one of the “big four” farm bill negotiators. 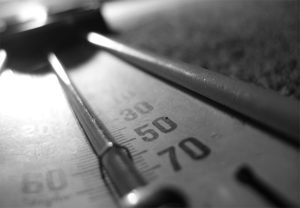 Poverty will increase as climate change alters rainfall and temperature patterns around the world, said the UN’s International Panel on Climate Change on Monday.

Federal judges in the East and West have rebuffed the USDA and are allowing lawsuits to proceed against the Trump administration’s dismissal of animal welfare standards for organic farms, a regulation that was in the works for years.

Global prices for cereal grains, dairy products and vegetable oils fell during September, pulling the Food Price Index to its lowest reading in at least a year, said the UN Food and Agriculture Organization.

Putting oomph into wheat (Seed World): USDA plant scientists are breeding wheat varieties that have more protein while removing phytate, a substance that prevents the body from absorbing some minerals.

Astronaut farmer at the space station (NASA): U.S. astronaut Joe Acaba, a former teacher, has spent 306 days, or 10 months, in space on three NASA missions, including a stint on the International Space Station, where he ran a botany study that grew cabbage, lettuce and mizuna.

Ruined grapes become tasty raisin (NPR): The owners of a Napa winery hit by wildfire are salvaging smoked-tainted cabernet wine grapes for processing into a product they call RayZyns, with part of the proceeds going to a disaster relief fund.

Tuesday
– President Trump is expected to announce year-round sales of E15, possibly hours ahead of an appearance at a rally for Republican candidates in Council Bluffs, Iowa. Reuters says the action on E15 could be coupled with restrictions on trading of biofuels credits known as RINs, which is a concession to refiners. Farm groups and ethanol makers have pressed by year-round E15 as a counter-weight to the impact of the trade war on ag exports. The oil industry has said it deserves attention too.

Thursday
– USDA releases monthly Crop Production and WASDE reports, noon ET. Traders expect the USDA will raise its forecast of the mammoth corn and soybean harvests along with its forecast of U.S. stockpiles. The soybean crop is expected to be the largest ever and the corn crop would be the second-largest. The trade war would combine with the large soybean crop to drive the year-end soybean stockpile to its biggest size ever.