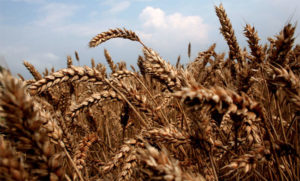 Wheat and dairy groups were guarded in their assessments of the North American trade pact, while Agriculture Secretary Sonny Perdue asserted on Thursday the agreement “is locking up two of our top three markets for the future.”

The “big four” negotiators set a new target of mid-November to wrap up work on the 2018 farm bill during a half-hour meeting on Thursday, quashing partisan squabbling.

In the mid-terms, many Senate Ag panelists ‘safe’

With two screaming exceptions, it’s becoming safer and safer electorally to be a member of the Senate Agriculture Committee in a farm bill year.

Another beef recall (USDA): JBS recalled 6.5 million pounds of ground beef after 57 people in 16 states were sickened with salmonella poisoning.

It’s compost, not trash can, for food scraps (Eater Austin): Starting this week, restaurants are required to turn their food scraps into compost in Austin, Texas, in the final phase of an ordinance that makes the city a zero-waste zone.

Wildlife managers are no longer law enforcers (The Hill): The U.S. Fish and Wildlife Service abruptly ended a program that trained wildlife refuge managers to carry out law enforcement on federal lands and told the “dual-function” officers to stop carrying weapons. They will be replaced by a smaller number of full-time officers.

Insect allies or bioweapons? (AP): The military is funding research into possible use of insects to make plants more resilient to disease and pests by altering plant genes, but some experts say it would be difficult to control the tiny agents and the project could violate international agreements on biological weapons.