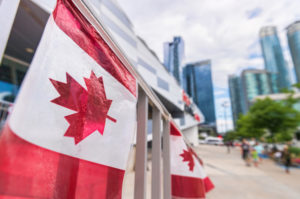 Canada, runner-up for most of this decade, has replaced China as the top market for U.S. farm exports because of the high tariffs that have discouraged sales in the Sino-U.S. trade war, said the Agriculture Department on Wednesday. China will finish this year as the No. 3 customer for U.S. ag exports, behind Mexico.

‘Looking for the right balance’ on ethanol, says Perdue

In the No. 1 corn and ethanol state, Agriculture Secretary Sonny Perdue told a friendly farm audience on Wednesday that the Trump administration is looking to balance the needs of ethanol makers and oil refiners so that it can allow year-round sales of E15.

Groups ask appeals court to take dicamba off the market

Environmental groups told a U.S. appeals court on Wednesday that the EPA had failed to properly assess the risks posed by the weedkiller dicamba to nearby crops and should be ordered to revoke its approval of Monsanto’s version of the herbicide, reported Reuters.

Pesticides and pot (AP): Nine of every 10 illegal marijuana farms raided in California this year contained traces of potentially lethal pesticides, putting both wildlife and water supplies at risk.

It’s like chain-smoking for bees (Press Association): Bumblebees can acquire a taste for food laced with neonicotinoid insecticide that can be compared to nicotine addiction in smokers, say researchers who gave bees the choice of two sugar solutions, one of which contained the pesticide.

If it’s not animal, it’s not meat (Quartz): A new state law in Missouri, already under challenge in court as a violation of the First Amendment, prohibits plant- and cell-based products from using the word “meat” on their labels.

Between a rock and a feedlot (NPR): Vegetable growers in Arizona’s Yuma Valley face a question: Can they coexist with a cattle feedlot the FDA says is the probable source of the E. coli bacteria that contaminated their lettuce earlier this year.

Tuna comeback spurs controversy (AP): The population of the Atlantic bluefin tuna is a fraction of what it was 60 years ago, but a slow recovery of the species has fishermen, conservationists, and scientists debating how to manage the fish, a prize for commercial fishermen.

Mad cow disease in Florida (USDA): Tests confirmed that a 6-year-old beef cow in Florida had an atypical form of bovine spongiform encephalopathy, not the “classical” BSE that has been linked to a brain-wasting disease in humans. The Florida cow is the sixth U.S. case of mad cow in 15 years; only the first, in 2003, was classical BSE.