Trump heads for farm country as midterms near 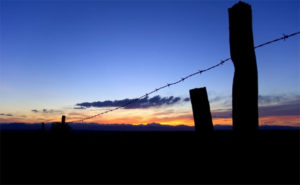 Ten days ahead of the midterm elections, President Trump will tout his agricultural record to a pared-down crowd of 7,000 teenagers at the FFA national convention in Indianapolis and campaign in southern Illinois for an imperiled Republican member of the House Agriculture Committee.

Smithfield aims for manure digesters, not lagoons, in three states

In order to reduce its greenhouse gas emissions, Smithfield Foods set a target on Thursday of equipping 90 percent of its hog-finishing facilities in three states with manure-to-energy digesters to capture biogas for eventual sale as renewable natural gas.

Change coming for buffer law (MinnPost): Both candidates for Minnesota governor would alter the state law requiring buffer strips along waterways; one would repeal it and the other would tweak it.

Soybean exports disappear (AFBF): Through the first seven weeks of this marketing year, U.S. soybean exports are down by 41 percent, largely due to a near-shutoff of sales to China because of the trade war.

Rural job growth falters (Daily Yonder): In the 12 months ending in August, more than two-thirds of the 1.7 million new U.S. jobs were in metropolitan areas with more than 1 million people. A scant 38,000 were in rural counties.

USDA names North Dakota lab for Schafer (Agweek): The USDA formally renamed its agricultural research lab in Fargo in honor of Ed Schafer, the only North Dakotan to serve as agriculture secretary.

China imports fewer soybeans (IGC): Although China is cutting back on soybean imports for the second year in a row, smaller markets in Asia, as well as buyers in the EU and Africa, will more than make up the difference and propel world trade in soybeans to a record high this trade year.