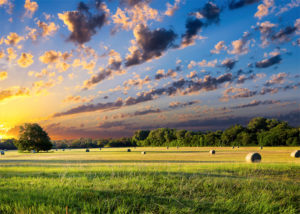 Incoming Agriculture Committee chair Collin Peterson spelled out an ambitious plan for hearings on topics from the farm economy and the trade war to rural broadband and a review of Sonny Perdue’s decision to move two USDA agencies out of Washington.

Back to square one for USDA nominees

Three nominations for senior USDA posts overseeing research, food safety, and civil rights died with the 115th Congress on Wednesday, and the path forward for those nominations in the two-year session that opened on Thursday is unclear.

The Agriculture Department is expected to announce today that a set of major crop reports scheduled for release Jan. 11 will be delayed until the government shutdown is over, said chief economist Robert Johansson.

Trade war dashes distillers’ dreams (Washington Post): Some craft whiskey producers who had planned to expand their sales abroad this year have been stymied by President Trump’s trade war with the European Union, which includes higher tariffs on a range of U.S. products.

Home-cooked but not for sale (San Francisco Chronicle): So far, no California city or county has opted to implement a state law that legalizes a true cottage industry — the sale of food cooked at home by budding entrepreneurs.

Massive food recall draws little notice (New Food Economy): In an under-the-radar move, a Canadian-based food processor recalled everything made in the past three years at its plant in Colton, California — 99 million pounds of food — because it might contain listeria.

Cargill profits plunge (Minneapolis Star Tribune): Net profits at Cargill, one of the world’s largest grain exporters and food processors, fell by 20 percent in the latest quarter due to trade turmoil, stock market volatility, lower hog volumes in China, and stress in the U.S. dairy and poultry sectors.

Broad-based organic growth spurt (Food Business News): Organic food sales were up 9 percent in the past year, says the analytical company Nielsen, adding, “Organics have hit the mainstream. … They are being purchased more by all generational and age cohorts.”