Trump gives the order for year-round sale of E15 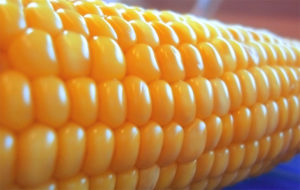 On his way to a campaign rally in Iowa, President Trump started the regulatory process on Tuesday for year-round sales of a 15-percent blend of corn ethanol in gasoline, sought in the Farm Belt as a tonic for trade-war jitters.

The Arkansas State Plant Board banned use of the herbicide dicamba on soybeans and cotton during the growing season this year. Yet state officials still are receiving complaints about dicamba, especially in the northeastern corner of the state.

A bipartisan coalition of former federal officials wrote a letter to top agricultural leaders in Congress opposing the planned move of USDA’s Economic Research Service from Washington, D.C. The move was announced by Agriculture Secretary Sonny Perdue in August.

For decades, the United States was the superpower of the grain world, holding one-third of the international trade in wheat. Now, the world market is growing in size, but USDA analysts say the United States is falling off the pace.

Food banks focus on safe food (Food Safety News): Up to 60 percent of food bank clients, such as children and the elderly, are high-risk individuals, so food banks put increasing attention on prevention of food-borne illness.

It doesn’t take much to cause phosphorus runoff (University of Montreal):Research in the journal Nature Geoscience says land can accumulate a surprisingly small amount of phosphorus before the nutrient—a commonly used fertilizer—runs off into waterways.

Wine growers burned by wildfires (San Francisco Chronicle): Vintners have rejected millions of dollars of wine grapes from Northern California and southern Oregon vineyards on grounds they are tainted by smoke from wildfires, leaving some growers in financial peril.

Who’s behind the Salmonella outbreak? (New Food Economy): The strain of Salmonella that has sickened 57 in the ongoing JBS beef recall is “highly linked” to dairy cows, suggesting that dairy cows used for hamburger could be a source of the outbreak.

Farmer aid may shrink (Reuters): Sonny Perdue said that federal aid to farmers to combat price drops resulting from retaliatory tariffs could be lower than expected.