7 Ag Stories You May Have Missed This Week

Need a quick catch up on ag news of the week? Here are seven ag stories you might have missed. 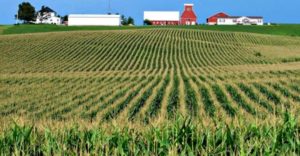 1. The amount of debt held by America’s farmers has risen to 1980s levels, according to Agriculture Secretary Sonny Perdue. The debt is driven by weakness in commodity prices, storms damaging crops and loss of key export markets due to President Trump’s trade disputes. But, firm land values have kept debt-to-asset ratios low and the cost of borrowing remains affordable. – Reuters

2. The Iowa Chapter of Realtor’s Land Institute released its September 2018 Land Trends and Values Survey, showing a statewide average decrease of cropland values of 1.7% for the March 2018 to September 2018 period. – Wallaces Farmer

4. Ten private-sector companies and nonprofit organizations have joined together to form the Ecosystem Services Market Consortium. They want to create a movement to measure, verify, and monetize increases in soil carbon, reductions in greenhouse gas (GHG) emissions, and improved water quality and water conservation from agriculture. – American Agriculturalist

5. Research by Purdue University indicates that on average, a new generation of farmers will be taking over decision control of the farm in the next eight years. These younger farmers will likely be more comfortable with technology and may prefer e-commerce options. That will mean changes for today’s brick-and-mortar retailers, according to a report from CoBank’s Knowledge Exchange Division.  – Missouri Ruralist

6. NASA Administrator Jim Bridenstine speaks with contagious passion for life beyond planet earth and speaking at the 2019 World Ag Expo, he said farming is never far from NASA’s scope of interests. – Farm Futures