(AP) – More than 1,100 of the early recipients of Trump tariff payments intended to offset the impact of the trade war on U.S. agriculture actually live in America’s largest cities, said the Environmental Working Group on Monday. 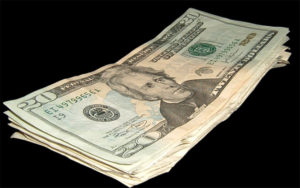 The bailout recipients, the latest batch of “city slickers” identified by the EWG for collecting federal subsidies without living or working on a farm, are eligible for the payments because they satisfy the USDA’s loose definition of being “actively engaged” in farming.

Some $1.13 billion has been paid to producers so far, said the USDA, which has received 242,239 applications, though it has not yet processed them all.

The USDA initially declined to identify the recipients, so the EWG filed a public records request. It based its report on 87,704 payments by the USDA totaling $356 million through Oct. 31.

In addition, the EWG said it found 85 cases in which payments exceeded the USDA limit of $125,000 per person for crops or livestock for a combined limit of $250,000. The largest payment, $439,120, went Red Gum Planting Co., a soybean farm in Ferriday, Louisiana.

“What’s more, Red Gum Planting Co. and other bailout recipients remain eligible to receive commodity subsidies, crop insurance subsidies, and other forms of federal assistance in the rest of this year and beyond,” said the EWG, which maintains a farm subsidy database that has tracked $369 billion in commodity, crop insurance, disaster, and conservation payments since 1995.

Under the Market Facilitation Program, which went into operation after Labor Day, producers of cotton, corn, milk, hogs, soybeans, sorghum, and wheat are eligible for up to $4.7 billion in compensatory payments.

Agriculture Secretary Sonny Perdue says a second tranche will be available before the end of the year. The USDA is expected to announce details, including payment rates, in early December.

A USDA spokesman said the payments were made appropriately because applicants met the “actively engaged” in farming test.

People are eligible for subsidies if they supply land, equipment, or capital to a farming operation and if they provide labor or management.

Iowa Sen. Chuck Grassley, who says some large farmers designate relatives as managers to evade payment limits, won inclusion of language in the 2018 Senate farm bill to restrict subsidies to farmers, their spouses, and one manager per farm.

By contrast, the House farm bill would also make nieces, nephews, and cousins eligible for subsidies, and it would remove payment limits on some types of corporate farms.

When asked about Red Gum Planting Co. and other recipients of large payments, the USDA spokesman said that when farms are operated as a joint venture or a limited partnership, each member of the operation qualifies for up to $125,000 in aid.

“Every payment … has to be attributed to an actively engaged individual,” he said.

The USDA bases the Trump tariff payments on a farmer’s production records.

Soybean growers are expected to receive $3 of every $4 in aid, reflecting the loss of exports to China, which used to buy one-third of the U.S. crop.

Corn and dairy groups say their payments — 1 cent a bushel for corn and 1 cent a gallon for milk — are unduly small.