(MDA) After a two-year process, the U.S. Environmental Protection Agency approved the nutrient regulation plan proposed by the state of Missouri to promote water quality. 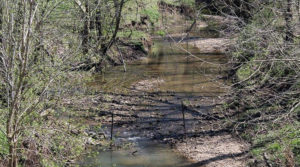 Commodity groups in Missouri, including the Missouri Corn Growers Association and Missouri Soybean Association, were concerned about the cost and implementation of a nutrient standard enforced by the EPA, so they worked with the Missouri DNR to draft a “common-sense based regulation” that would be approved by the EPA.

The commodity groups say they were working to develop a nutrient regulation plan that appropriately protected water quality but was not overly burdensome for farmers.

“This lake nutrient rule was the first of its kind for Missouri, so getting it done right was a major priority,” said Darrick Steen, director of environmental programs for Missouri Corn and Missouri Soybean. “EPA’s decision to approve the state-crafted rule over the federal option keeps Missouri in the lead over nutrient regulations while also minimizing impact. We feel this is the best outcome in preventing what otherwise could have been a difficult and costly road ahead for farmers and rural communities.”

Steen said the Missouri DNR plan was a better option than the EPA national standard because the plan was tailored to Missouri.

“We believe that it is a practical approach, that the values they have set reflect good science,” he said. “The values are based on state-specific data that’s been developed over time, rather than national or regional averages.”