Grocery store prices for meat are declining after their springtime coronavirus surge, but more slowly than expected, meaning that shoppers will pay noticeably more at the meat counter this year than in 2019, said USDA economists. In the monthly Food Price Outlook, the USDA forecast meat prices will rise 6.5 percent this year, more than double their usual rate. 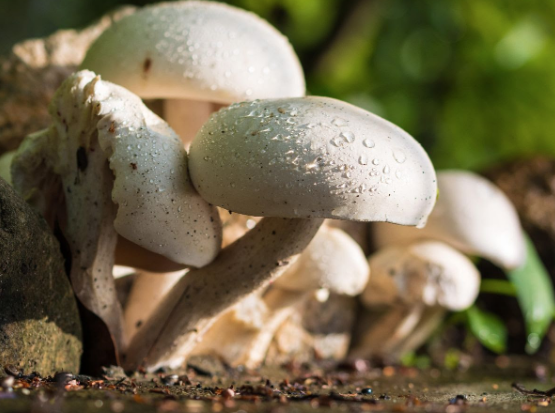 When the West Coast wildfires are out, can mushrooms help with the cleanup?

When the worst wildfire season on record in the West finally subsides, it will give way to another potentially devastating environmental crisis: toxins from charred and melted plastics, electronics, and other household materials leaching into watersheds, endangering residents, agriculture, and ecosystems.

Trump appointee William Perry Pendley served unlawfully as acting head of the Bureau of Land Management for 424 days, a U.S. district judge ruled in ordering Pendley’s immediate removal from office. Chief District Judge Brian Morris, based in Great Falls, Montana, said he would hear arguments in the near future on which of Pendley’s orders must be vacated.

Concealing Covid-19 on the farm: Farmers in 10 states employed similar methods of delay and resistance to conceal the potential presence of Covid-19 among the tens of thousands of seasonal and migrant workers who harvest U.S. crops this spring and summer, according to the Documenting Covid-19 project at Columbia University and shared with the Washington Post. (Washington Post)

Threatened, not endangered: The Interior Department proposed “downlisting” the red-cockaded woodpecker to the status of threatened rather than an endangered species now that there are 7,800 clusters of the bird in 11 states, which once was common from New Jersey to Florida and as far west as Texas and as far north as Missouri. (Interior)

Thousands of companies sue over tariffs: Roughly 3,500 U.S. companies have sued the Trump administration in the U.S. Court of International Trade in the past two weeks over tariffs imposed on more than $300 billion of Chinese products as an unlawful escalation of the Sino-U.S. trade war. (Reuters)

Bag ban at New Jersey supermarkets: Gov. Philip Murphy is expected to sign legislation that would make New Jersey the first state in the nation to ban single-use paper bags in supermarkets as well as single-use plastic bags in stores and restaurants (New York Times)

U.S. cattle inventory on the rise: There were 11.4 million head of cattle in U.S. feedlots at the start of this month, the highest Sept. 1 inventory in 24 years, according to the monthly Cattle on Feed report. (USDA)

A good season for lobster fishermen: For the ninth year in a row, Maine fishermen caught more than 100 million pounds of lobster, and market prices, low in the spring due to the pandemic, picked up in August to the levels seen in a typical summer. (Associated Press)

Agriculture Secretary Sonny Perdue and state agriculture officials view agricultural damage from Hurricane Sally in Summerdale and Loxley, in the southeastern corner of Alabama, and in Jay, in the adjoining western panhandle of Florida. The tour begins in Summerdale at 1:10 p.m. ET and concludes in Jay at 4:40 p.m. ET.

Senate is expected to vote on HR 8337, to fund the government through Dec. 11. A vote to end debate can be requested at 5:30 p.m. ET and, if successful, would be followed by a vote on the bill, which includes $8 billion for child nutrition programs.