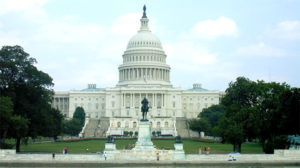 The midterm elections on Tuesday, giving Democrats control of the House beginning in January, effectively ended a Republican push for stricter SNAP work requirements in the 2018 farm bill. The elections could also be the jolt that breaks the stalemate in Senate-House negotiations over the bill.

In the end, election night turned into a gentle blue wave, showing the nation as divided as ever. As expected, suburban voters pushed back against President Trump, giving control of the House back to the Democrats, while voters in rural areas doubled down on their support of the president, flipping the Senate seats in three ag-heavy states to the Republicans.

Six in 10 respondents to a Purdue poll on farmer confidence said the United States-Mexico-Canada Agreement had either completely or somewhat relieved their concerns about their income over the next year.

Arkansas eyes June 15 dicamba cutoff (Arkansas Democrat Gazette): In a shift from this year’s ban on the use of dicamba during the growing season, the state Plant Board tentatively approved, 11-4, a proposal for a June 15 cutoff date for use of the weedkiller on GMO cotton and soybeans in 2019.

Hire more guest workers, keep them longer (Harvest Public Media): Along with hiring more guestworkers, fruit and vegetable growers are diversifying their crops so the same crew of workers can handle different crops that mature at different times.

Labor gets half of the food dollar (USDA): Nearly 51 cents of each dollar spent on food goes to salaries and benefits for the workers who grow, process, package, sell, cook, and serve it, as well as wash the dishes afterward.

Too many cranberries (New Food Economy): The United States grows more cranberries than it can eat, so growers have agreed collectively to destroy a quarter of the crop this year to reduce the surplus—a year’s supply—already in storage.

Don’t shoot red wolves (Washington Post): A federal judge made permanent an injunction against shooting any endangered red wolf unless the U.S. Fish and Wildlife Service can prove the animal is a threat to people or livestock.