The ‘big four’ look to next steps for expiring farm bill 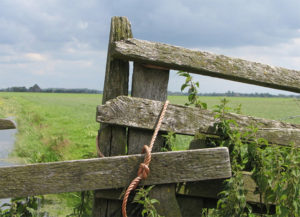 Farm bill negotiators are expected to acknowledge today that they will miss the only deadline they have set for themselves: Enactment of the 2018 farm bill by the end of September, now four days away. The “big four” leaders of the talks will meet face to face to discuss the path to passage.

Agriculture Secretary Sonny Perdue told the leader of the Senate Agriculture Committee that there was no requirement to seek public comment before deciding to relocate the Economic Research Service and the National Institute of Food and Agriculture.

Marginally higher beef prices at the grocery store this year

Cattle prices are stronger than expected this year but they they are likely to run below 2017 levels, with the result that retail beef prices rise modestly, at most, said the monthly Food Price Outlook.

Private companies are stepping up to tackle food waste, a new report finds, but governments lag behind in the race to meet a United Nations goal of cutting wasted food in half by 2030.

Poultry growers lost 4 million chickens and turkeys due to Hurricane Florence and crop losses will run in the billions of dollars, said Larry Wooten, president of the North Carolina Farm Bureau, on Tuesday.

Trade war may damage U.S agriculture permanently (Bloomberg): The chief executive of processor Cargill says the Sino-U.S. trade war could destroy the U.S. reputation as a reliable supplier and in the long term have a detrimental effect on the agricultural economy.

Weighing in at nearly three quarters of a ton, a pumpkin (Anchorage Daily News): Dale Marshall had to cut a hole in his greenhouse roof to bring his giant pumpkin to the Alaska State Fair, where it weighed a record 1,471.5 pounds. It was his third record-setting state fair pumpkin in 11 years.

The water cop in arid country (KUNC): Deputy sheriff Dave Huhn gets 60 to 100 calls a month in disputes over water use in southwestern Colorado; one time, two octogenarian farmers tangled with shovels as weapons over water.