Hotter and drier, with a drop in production, is the future of U.S. agriculture

Climate change will bring higher temperatures and more frequent drought to farmers across the United States, resulting in reduced crop and livestock yields, according to the National Climate Assessment that was released over the weekend. 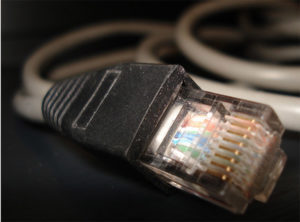 Slow speeds, bad coverage and expensive service. These are just some of the concerns contained in nearly 300 public comments on the Rural Broadband Pilot Program proposed by the U.S. Department of Agriculture, a review by the Midwest Center for Investigative Reporting found.

Three weeks remain in the lame-duck session and farm bill negotiators are at odds over the forestry title of the farm bill despite hopes of enacting the bill this year.

Hyde-Smith and the Confederacy (CNN): Mississippi Sen. Cindy Hyde-Smith, who attended a segregational academy as a child, promoted a revisionist view of the Civil War as a state senator, says CNN’s KFile.

Soybeans pile up (International Grains Council): The world soybean inventory is forecast to grow 30 percent by the end of the 2018/19 trade year on “prospects of heavy accumulation in the United States” due to trade war with China, says the monthly Grain Market Report.

Pressure on beef prices (USDA): A large cattle supply will mean no more than marginal increases in beef prices this year and in 2019, helping to continue a streak of lower-than-normal food price inflation that began in 2015.

First federal charges for dicamba misuse (Harvest Public Media): A corn and soybean farmer in southeastern Missouri is the first in the nation to face federal charges alleging misuse of the weedkiller dicamba — 49 counts of misapplication of the herbicide and three counts of obstruction of justice for lying about it.

Romaine off the shelves in Canada (Glacier FarmMedia): Several major grocery chains in Canada are taking romaine lettuce off their shelves following reports of food-borne illnesses in three provinces; the action parallels an outbreak of food illness in the United State that officials say is likely linked to romaine lettuce.

Monday
– President Trump speaks at election-eve rallies for Republican Sen. Cindy Hyde-Smith of Mississippi, a member of the Senate Agriculture Committee, in Tupelo at 4 p.m. CT, and in Biloxi at 8 p.m. CT. Hyde-Smith is in a runoff with Democrat Mike Espy, agriculture secretary during the Clinton era.

– Senate is scheduled to vote today at 5:30 p.m. whether to limit debate on the nomination of Stephen Vaden for general counsel — the top lawyer — at USDA. A controversial nominee from the start, Vaden was part of the Trump transition team at USDA in 2017 and effectively has been USDA’s lead lawyer for months in his appointed position as principal deputy general counsel. Vaden has enforced unpopular workplace rules at USDA. In private practice, he was part of a team of lawyers who filed friend-of-the-court briefs in Ohio, North Carolina and Virginia in defense of voter ID laws. The Senate Agriculture Committee cleared the nomination for a floor vote in early December 2017. Action on it languished due to quiet Democratic opposition.

Tuesday
– Runoff Senate election in Mississippi between appointed Sen. Cindy Hyde-Smith, a Republican member of the Senate Agriculture Committee, and Democrat Mike Espy, agriculture secretary during the Clinton era. They were the top finishers among four candidates in a nonpartisan special election on Nov. 6. Because no one got a majority of the vote, the runoff was mandatory. Polling places are open from 7 a.m.-7 p.m. CT.

– International Forum on Food and Nutrition, through Wednesday, Milan.

Friday
– USDA releases updated estimate of U.S. farm income, 11 a.m. ET. The previous forecast, on Aug. 30, was net farm income of $65.7 billion in 2018, higher than expected but the second-lowest since $57.4 billion in 2006. The Economic Research Service will hold a webinar on its estimate at 1 p.m.

– Group of 20 major economies hosts annual summit, through Saturday, Buenos Aires. President Trump and President Xi Jinping of China are expected to discuss trade issues on the sidelines of the meeting.