Wanted: Office space in a city with a ‘critical mass of intellectual capacity’

The Agriculture Department is willing to go far into the countryside to find office space for two agencies that it wants to move out of Washington. The new headquarters must have robust internet service, a “critical mass of intellectual capacity” to tap for its workforce, and an overall high quality of life, according to a USDA announcement appearing today. 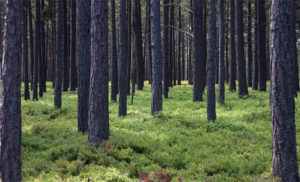 Popular oat cereals, granola bars, and oatmeal contain significant levels of glyphosate, the chemical in Monsanto’s popular weedkiller Roundup, according to new testing done by the Environmental Working Group. The study comes on the heels of a jury verdict in favor of a groundskeeper who argued his exposure to glyphosate caused his terminal cancer.

Doug Goehring, the state agriculture commissioner in North Dakota, says “90 percent of the problems with off-target movement” of dicamba “may go away” if regulators set a lower application rate for the herbicide. In an interview, Goehring told the Capital Journal that he might allow a lower application rate for crops in his state even if EPA does not revise its rules for the controversial chemical.

As the trade war expands beyond China—India, Mexico and Turkey also have placed tariffs on U.S. fruits and nuts—the cumulative effect could could cost the U.S. fruit and nut industries $2.64 billion per year directly, and an additional $700 million by reducing prices in alternative markets, says a study by the Agricultural Issues Center at the University of California.

Can it! (Washington Post): A network of publicly funded canneries once helped Americans store their harvests throughout the year. Today, they’re used less frequently, but remain a staple of some communities.
Towns want EPA to fix PFAS contamination (AP): Communities across the country are calling on the EPA to clean up local water systems that contain high levels of PFAS chemicals.

Pence plumps for ‘accidental incumbent’ (Axios): Rep. David Young, who represents the southwestern quadrant of Iowa, is in one of the five most competitive House races in the country. Vice President Mike Pence is scheduled to make a pitch for Young, called the “accidental incumbent” by one political analyst, in a visit to Des Moines today that is twinned with a speech on the Trump tax cuts.

End glyphosate use in three years (Reuters): A spokesman for Germany’s environment ministry said use of glyphosate-based weedkillers should be halted during the current legislative period, which ends in three years.

EPA chief says E15 must be a package deal (Cedar Rapids Gazette): During an interview, acting EPA administrator Andrew Wheeler hedged on how he would preserve the ethanol mandate and indicated that approval of year-round sale of E15 likely will be part of a package deal that also helps the oil industry.