Crop and livestock prices have rebounded from coronavirus lows last spring and could bolster farm income as massive federal payments recede in 2021, said economists at a farm conference on Monday. Cortney Cowley of the Kansas City Federal Reserve cautioned “the path of this recovery is significantly tied to the path of the pandemic.”

The European Union announced higher tariffs on $4 billion worth of U.S. products, including agricultural exports, industrial goods, and aircraft on Monday in an escalating dispute over government support of the airplane industry on both sides of the Atlantic Ocean. 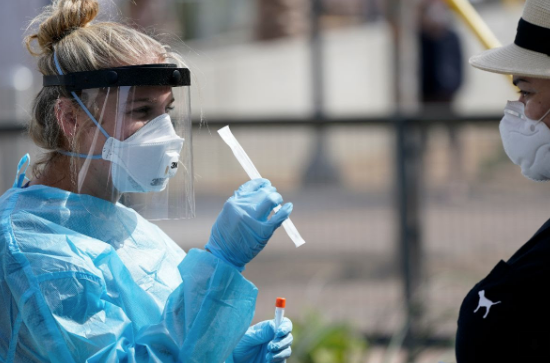 Food system workers may get early access to a Covid-19 vaccine, but how should states prepare?

With food system workers likely to get early access to any future Covid-19 vaccine, experts say state and local officials should start outreach now to overcome language, trust, and access barriers that could shrink workers’ uptake of the vaccine.

A McPlant sprouts on the menu board: Fast-food giant McDonald’s said it would test a plant-based burger in several markets this year as part of its “McPlant” menu offerings, which may include chicken substitutes. (CNBC)

Poultry plant injury rate falls: The illness and injury rate for the poultry industry fell to 3.2 cases per 100 workers in 2019, and for the first time was lower than the recordable injury of 3.3 for all manufacturing jobs. (National Chicken Council)

Insect control for Cape-ivy: Some 5,000 shoot tip-galling flies have been released at 18 locations along the California coast, said USDA scientists, who hope they will be a self-sustaining biocontrol against the invasive Cape-ivy, one of the 10 worst invasive weeds in the U.S. West. (Agricultural Research Service)

White House axes climate-report chief: The Trump administration removed Michael Kuperberg as director of the U.S. Global Change Research Program, which produces comprehensive reports on the risks posed by climate change, and sent him back to his previous job as an Energy Department scientist. (Washington Post)