USDA will wait for Congress to decide SNAP work rules

Congress should have the first, and last, word on stricter work requirements for able-bodied SNAP recipients, said Agriculture Secretary Sonny Perdue on Thursday. The USDA is working on the issue as a regulatory matter, but Perdue told reporters that he would not intrude on legislative prerogatives. 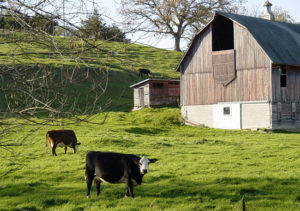 Last week, seven corporate agriculture interest groups sued the Minnesota Pollution Control Agency to halt the extension of a public comment period on a proposed mega-dairy expansion in Winona County, Minnesota. The suit highlights broader efforts by agribusiness to silence opposition from rural residents who speak out against large concentrated animal feeding operations in their communities.

Georgia, the No. 2 cotton state, lost one-third of its crop to Hurricane Michael, said the USDA on Thursday in lowering its estimate of the total U.S. harvest by 7 percent because of storm damage in the Southeast.

Forced by the trade war, China, the world’s largest soybean importer, and the United States, the largest grower, are on the prowl for new soybean trading partners, though neither will fully replace the other soon, said the USDA on Thursday.

Outdoor industry gets political (Outside): The outdoor industry waded into electoral politics, and 19 of the 23 candidates it endorsed were elected. As a new political force, it could gain influence on everything from the public lands debate to a potential investigation of Interior Secretary Ryan Zinke.

Alaska salmon ballot measure loses to mining (Anchorage Daily News): A ballot measure designed to boost protections for salmon failed by a large margin, with heavy opposition spending by powerful oil and mining interests. The measure could have killed the proposed Pebble Mine in Bristol Bay.

What’s in a name? (Bloomberg): There’s no consensus on what to call the product — “cell-based meat,” “clean meat,” “lab-grown,” and even “fake” have been tossed around — but all agree that branding will be critical to winning consumer acceptance.

Elections won’t affect trade war (farmdoc Daily): The midterm elections will not alter President Trump’s trade war with China, say economists in analyzing the results. One warns that a “massive increase” in farm subsidies is possible if corn and soybean prices slump and exports wane.