Farm bill negotiators said they expect to pass the $87-billion-a-year legislation in the lame duck session of Congress that opens on Tuesday. “I think we are relatively close,” said Collin Peterson, ranking Democrat on the House Agriculture Committee. “We could have that language ready next week when we come back.” 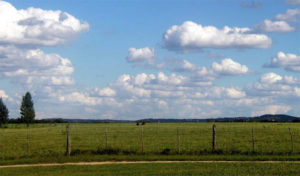 For the first time in six years, rural America is gaining population rather than losing it, although the increase was a slender 0.1 percent, or 33,000 people, said the annual USDA report Rural America at a Glance.

Two bucks a year to reduce ‘superbug’ deaths (OECD): Three out of four deaths from antibiotic-resistant bacteria could be averted by spending $2 per person, per year on such measures as promoting handwashing and the more prudent use of antimicrobials.

Running up the rural vote (Daily Yonder): Part of the Republican formula for winning close Senate races against Democrats in Indiana, Missouri, Florida, Texas, and Tennessee was rolling up big margins in rural precincts.

More use of food recall power (FDA): Commissioner Scott Gottlieb says the FDA will “expand the appropriate use of our mandatory recall authority” to protect consumers from unsafe foods.

Asia beefs up safeguards against hog disease (Bloomberg): A third outbreak of African swine fever in southwestern China has prompted animal health authorities in neighboring countries to strengthen border protections against the virus.