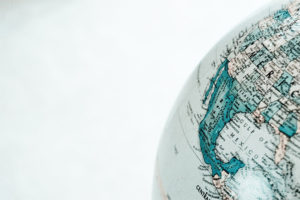 Although President Trump declared the United States-Mexico-Canada Agreement a big win for U.S. farmers, a study released on Wednesday says U.S. farm exports will fall by $1.8 billion due to retaliatory tariffs by Mexico and Canada. That would be four times larger than the gains the trade pact would produce.

The EPA has proposed a rule that would exempt industrial livestock farms from a requirement under a “community right-to-know law” that they notify state and local officials of gases produced by the manure on their farms. (No paywall)

EPA extends dicamba for two years (EPA): Despite drift problems that caused major damage to millions of acres of crops in 25 states, the agency is sticking with the weedkiller.

What’s a ‘craft beer’? (Brewbound): The Brewers Association is considering broadening its definition of craft beer to include cider, hard seltzer, and other non-beer products that brewers are experimenting with.

Low wages, erratic hours for making meal kits (UC-Berkeley): A Center for Labor Research report says workers at a fulfillment facility for a meal-kit company are paid low wages, have few benefits, and are frequently sent home early despite being assigned to work 40-hour weeks.

Pass the farm bill (Farm Bureau): Sixteen agricultural groups wrote to the “four corners” — the leaders of farm bill negotiations — urging them to enact the bill before the end of the year to mitigate the stress of low commodity prices and the trade war.

Oceans heating up fast (Washington Post): The oceans have retained 60 percent more heat per year than previously thought, suggesting that the Earth could be on track to warm much faster than expected.

The cost of food donations (San Antonio Express-News): Food banks need help from the USDA with the cost of handling the food they are getting as part of the administration’s $6.2-billion program to offset the impact of Chinese tariffs on U.S. agriculture, say Texas senators.

New TPP takes off without U.S. (Reuters): Australia became the sixth nation to ratify a trade pact for Pacific Rim countries, the successor to the Trans-Pacific Partnership that was abandoned by the United States. The new pact will take effect at the end of December.